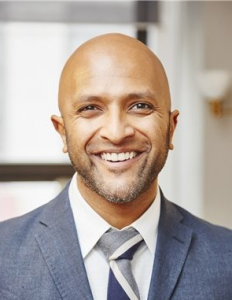 Psychiatry is the ideal synthesis of my interests in science, human narrative, and the biological & psychological treatment of conditions affecting thought and emotion.

I completed my undergraduate and medical education at the accelerated BA/MD program at The George Washington University. I pursued an education that encompassed both scientific study and the humanities. During medical school, I spent a year as a researcher in a laboratory, funded by the Bill and Melinda Gates Foundation, that was devoted to the discovery of vaccines for tropical disease.

I completed residency training in Adult Psychiatry at the world-renowned Payne Whitney Clinic at New York Presbyterian Hospital-Weill Cornell Medical Center. As a resident, I helped establish psychiatric treatment for victims of the Asian Tsunami in Sri Lanka in 2005 and worked as a chief resident of the inpatient psychiatric unit during my final year. Following residency training, I pursued advanced fellowship training in Forensic Psychiatry at NYU Medical Center.

In 2014, I received the Nancy C.A. Roeske Teaching Award, a national award given each year to a small number of psychiatrists who have made outstanding and sustaining contributions to medical student education.

Over the past 10 years, I have presented at numerous national conferences and psychiatric training programs on various topics in Psychiatry and Mental Health. While working for Janian Medical Care, an award-winning organization devoted to the treatment of homeless individuals, I and my colleagues created a documentary film about psychiatric illness and homelessness intended to convey the importance of high-quality care for all people.